Social Media Should Be Social

I probably don’t need to tell you all of the things that are wrong with corporate social media. I probably should point out a few things about it that aren’t pointed out as often, however.

I have been hosting my own sites for far too long to have ever really liked corporate social media. Those of you who have only ever used corporate platforms for things like chat, forums, blogging, and the like may have some difficulty seeing the difference here – but there is a significant difference in using FOSS programs you spin up yourself, vs. those owned by a corporation, and subject to their whims – and let’s be clear about this – their rules are whimsical.

There’s another aspect of freedom to be evaluated, though. If we believe that corporate solutions are the only solutions in town, we’re stuck with whatever they decide, right? Our only freedom of choice is between which corporations we choose to give our laughable expectations of privacy to – and whose company store we prefer. In any given town, should we merely expect a choice between national (or international!) chain business locations?

Of course not. Further, when we can, we shop local too, don’t we? After all, it’s our neighbor that owns that business, and it’s their kids who go to school with ours! Why does it have to be different with social media?

Many of the pioneers of these platforms are megageeks. This should not surprise anyone. Their politics can vary, wildly – from raging anarcho-libertarianism to raving eco-socialism. There are no-rules instances, lots-of-rules instances, instances for geeks, unix, individual flavors of linux, Raspberry Pis – all sorts of geeky things. These are what makes those communities, communities.

Some of the biggest communities on the fediverse are Japanese art and anime (along with less… savory types of media) sharing groups. The largest single fediverse server is actually run by a Japanese DeviantArt-type site – pixiv – with much the same sort of culture that DA has. Other large communities revolve around LGBTQ+ causes and groups, furries, sex workers… you get the idea. What they have in common are not, on the main, things that we, as Christians, would approve of. Most of the larger “general” servers tend to lean either heavily radical, or heavily reactionary. Not conservative – I meant what I said above. Most of the social right on the fediverse is composed of reactionaries, not conservatives. Most of the social left on the fediverse is composed of radicals, not liberals.

Thus, what I say next shouldn’t be a surprise: The Fediverse is a wild place at the moment. There are a few Christians around, but they are exceptionally few. In the last week, I’ve only been able to find a few dozen currently active users – and I’m pretty good with this here interwebz. Since this is so, why am I still writing about it?

I’m writing about it because, structurally, it is still vastly superior to the current paradigm. I’m Reformed, and a Reformed Baptist – so being a small minority in the greater stream doesn’t bother me much. I help run the only Reformed chat network there is, to the best of my knowledge.

Here’s why it is superior, structurally – since I’ve mentioned it twice, now. While it uses a familiar server>client paradigm, the servers can all federate. What this means is that any user on any server can interact, fairly seamlessly, with another user on another server. Those servers are called instances. Not only that, but there are a great many different platforms, with different capabilities and specialties, that can all interact with each other.

For instance – on the Fediverse, you can follow a video creator on Peertube, a platform comparable to Youtube, follow and comment on status from a friend on friendi.ca, a Facebook-type site with groups and forums; you can interact with microbloggers on Pleroma, Mastodon, Misskey, GNU Social or diaspora; check out a CMS-type setup on Hubzilla, look at pictures on Pixelfed, or jam out to tunes from Funkwhale.

They are all small, and are all generally in their infancy. Their dev cycles are longer, because they are typically community projects. Let me put it to you this way; would you rather be someone’s product and comfortable, or help with an experiment in a global project that needs a Christian influence?

The only “Christians” most of the Fediverse ever see (there are exceptions) are extremely political, extremely reactionary people, to whom their faith comes a distant second, at best. If you don’t believe me, look around the Fediverse. Then look through Facebook outside of your curated, comfortable friends feeds. Facebook and Twitter have much the same paradigms going on – you just don’t see them for the most part, because you’re not into sadomasochism ?

While I encourage you to at least start moving your way to the Fediverse, I want you to keep several things in mind.

There are differences in the Fediverse, however.

One way that the Fediverse differs is the “Content warning”. This doesn’t have to be “nsfw” images, and it is often not. These content warnings, often called “subjects”, are tags that tell others what you’re posting. A *lot* of instances don’t want political or “culture war” content in their timelines without a way to let people choose whether they want to read it or not. So, they use a mechanism similar to spoiler tags to hide that content as an opt-in measure. On my instance, all posts with subject lines are collapsed by default. If it’s tagged, you choose whether or not you want to read it.

Another difference is that there is no quote-tweeting (boosting, or repeating in other parlances). This cuts down significantly on dunking/brigading.

On the instance itself, admins have a range of options available to them for interacting with other instances. They can block entire servers (I mentioned one earlier that is often entirely blocked), filter images from, or accept only public posts from (to disallow DMs from bad actors), along with several other choices.

On the client side, you can filter bad words, images, as well as the usual block or mute.

Finally, discovery is harder – on purpose. You aren’t given suggested lists of people to follow. You aren’t profiled by sophisticated software to find who you might know. You compile your follows list as you go – and your network of friends of friends grows as you, and they, interact. It is an organic process, not mechanical.

What you should remember is that the Fediverse is very Wild West. However, the setup for individual instances being able to federate means that we can set up a large number of small communities that can federate with each other, to provide each community access to the larger community, which in turn has access to the worldwide fediverse – while every user can pursue his own interests at whichever level of community he desires. The culture of the fediverse is the Wild West. The structure of the Fediverse is exceptionally elegant.

If we want social media to be social, we’re more than capable of bringing our own societies. Not Twitter societies – but Christian societies, where we can cooperate, debate, and even squabble – but do so not as data points on a corporate spreadsheet, but on instances run by friends or neighbors, who enjoy doing this sort of thing, and have our best interests at heart. That’s what I think is great about the potential here.

RefChat’s instance is still in alpha, and will probably be limited to people we know, for a while – but how about you send your geekiest friend this article? I’d be happy to talk to them, or you, about what it takes to roll your own instance. 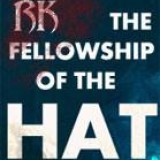